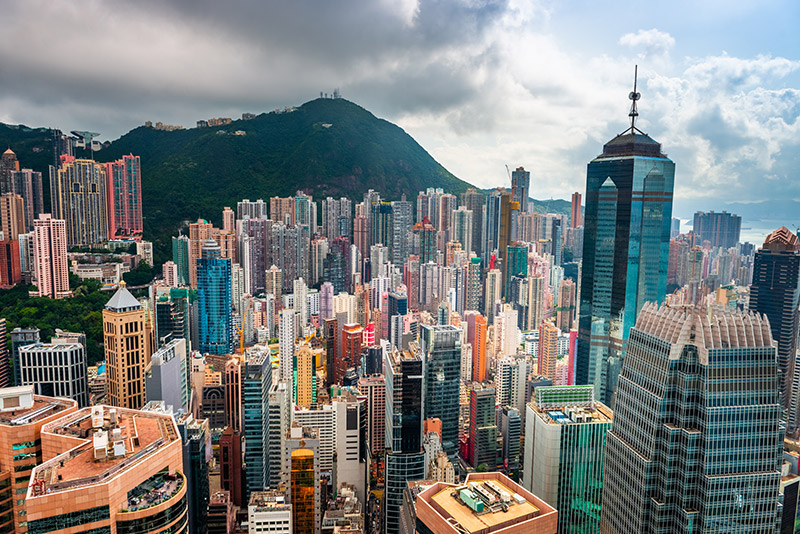 Welcome to Thesan Asset Management’s 3rd Quarter 2021 wrap-up. Each quarter the firm will publish a newsletter to all investors highlighting what we believe to be the quarter’s significant market events and where we think the market is heading. We encourage an interactive relationship with our investors, so if you want further clarification on any point or if you wish to engage in debate on a particular issue, please don’t hesitate to get in touch with us.

Q321 saw an increase in volatility across global markets despite ending the quarter at or slightly above starting levels. Volatility was due in large part to fears of possible contagion from the financial troubles of Chinese builder, Evergrande and the strong uptick in the US headline CPI numbers. Given the global economy is dominated by the US and China, it’s worthwhile to look at these two markets separately.

Evergrande – Is this China’s Lehman Brothers moment? In short, probably not. It could however be China’s Bear Stearns moment that could lead to a Lehman Brothers moment sometime in the future. Evergrande is a massive Chinese property development company with over 2000 subsidiaries and assets close to 2% of China’s GDP. With USD300bn in liabilities it sounds ominously ‘too big to fail’, but it’s not when its 127,000 employees and contractors represents only a small percentage of China’s 400 million urban labour force and Evergrande accounts for only 4% of total Chinese property sales. Itdoes point to a larger problem with the Chinese economy though –debt. Add regulatory uncertainties that have hit Chinese equities (technology stocks in particular) and it is little wonder that the Chinese market has slumped.

The Chinese property market fuels consumer demand which in turn powers the Chinese economy. According to some estimates, the property market in China accounts for as much as 15% of GDP. To keep up with housingdemand, Chinese property development companies hold roughly USD2.8trn (or 18% of GDP) in debt.
China gets richer asproperty prices increase and they have certainly increased this century, often more than 10%p.a. in the major cities. The government loved it, as increasing housing demand fuelled investment which in turned poured money into government coffers. Sky high debt issuance and a reduction in demand for housing caused an oversupply of real estate assets. Regulations prohibiting ‘malicious price-cutting’ didn’t allow the market to clear excess supply therefore leaving ‘ghost cities’ on the map and developers holding mountains of debt with no sales revenue.

Coupled with Evergrande’s debt woes is the government crackdown on social media/technology stocks (i.e. Tencent, Alibaba, Pinduoduo etc) which has increased market uncertainty and risk. Xi Jinping’s ‘common prosperity’ drive has wiped as much as USD2trn of wealth from Chinese equity markets and we are now aware of China’s possible energy crisis that will drag on supply chains this northern winter. It’s difficult to believe that all the above –property debt market jitters, market capitalisation declines and energy shortages –won’t dampen consumer demand further in 2021. Chinese GDP growth will suffer and it’s understandable that China is currently a riskier place to invest than itwas at the start of the year.

Volatility increases on the other side of the Pacific Ocean also occurred for 3 major reasons:

As the two largest economies, the US and Chinese markets are correlated and will see increased correlation as volatility increases. Whether it be Asian debt crises of the late 1990s, GFCs or Chinese property debt concerns, the US market will be affected in some way. Markets hate uncertainty given that it translates into perceived risk. The only traders I know who like volatile conditions are options traders! Until the Evergrande and moregenerally the condition of the Chinese real estate market becomes clearer, expect volatility in the US markets to continue.

Leaving the Chinese real estate market aside, this is the biggest story for US markets. When will the Fed taper? When willthe Fed raise rates? Make no mistake about it, at the end of the day current stock prices are simply the result of discounted future stock values. Although future values will increase as earnings increase, those earnings and the discount rate used are affected by interest rates. The tightening of monetary policy (tapering of bond purchases by the Fed) and Fed rate rises WILL cause a repricing of stock prices. The only question is ‘How much?’

The Fed argues that the inflation seen in the US economy is ‘transitory’. There’s no question thatif it wasn’t, rates would already be higher. With the 10yr trading above 1.5%, the market is concerned but it isn’t yet panicked. I believe the Fed has a reason to at leasttaper their bond purchases. A taper tantrum could send the market down 10% from its highs. If it doesn’t, the market could well enjoy a rally into year end. The question will however hang over our heads into 2022 – when will the Fed taper?

Put simply, Congress needs to raise the debt ceiling (yet again) or the US will default on its debts. I won’t go into the ramifications of a US default but suffice to say, any US default would be far reaching and cataclysmic for global markets. It would make the GFC look like anon-event. Fortunately,this is highly unlikely to happen. The Democratshold the White House and a majority in both the Senate and the House, so they can simply perform a reconciliation process that doesn’t require Republican support. We’ve seen this play before, and it always has the same script and has the same ending. Worrying about a US default is like worrying about a plane crash.

At the portfolio level, investment in commodities have been the predominant focus and the standout outperformer. As the global economy gradually reopens after months of COVID lockdowns, factories and supply chains have beenchallenged by input restocking requirements in an uncertain environment, plagued by transport shortages and unexpected demand.Travel stocks rebounded strongly with rising vaccination rates and realisation of the future demand for battery energy storage driving lithium prices to their 2017 highs with M&A activity increase across the sector.

After a spectacular run to circa $200 per tonne, the iron ore price has mean reverted, seeing the share prices of Rio Tinto,BHP and Fortescue trade back at their late 2020 valuations after posting record dividends. Notwithstanding, even at current prices these companies stand to continue creating attractive free cash flow, and their strong balance sheets suggest that strong dividends are set to continue.

Despite China banning coal imports from Australia, our local coal producers have enjoyed a significant uplift in the global coal price, and the strong bounce in their share prices amplified further by heavily depressed valuationsafter being shunned by many investors who have adopted greener alternatives for their investment portfolios. As we move into the northern hemisphere winter, shortages in gas supply are set to keep thermal coal prices elevated through calendar year 2022 and for metallurgicalcoal, tight supply fundamentals coupled with strong crude steel outputs are causing analysts to raise forecasts for prices out to 2023.

During the quarter we added some small positions in uranium mining companies. The catalyst, after almost 5 years of the global spot price trading at below the marginal cost of production, demand from both the physical and financial markets propelled prices to briefly double, before settling at levels that make viable many projects that have sat dormant since 2014. With the rising demand for energy competing with a desire to reduce carbon emissions, nuclear generation is becoming more accepted as an alternative to base load coal to support alternative energy generation while that technology matures.

Exposure to the oil and gas sector was also increased during the quarter with the addition of Oil Search to portfolios that did not already hold Origin or Santos. Shortly after it’s addition, Santos made a bid to take-over all the issued shares in Oil Search, a move that is expected to see the merged entity well placed to take advantage of the increase in demand as the global economy returns to normal transport operations. Origin separately has enjoyed a raft of analysts upgrades as the company reported strong cash flows, particularly from their investment in APLNG and flagged potential capital return initiatives over the next few years if trading conditions continue to be supportive.

Not surprisingly, rising vaccination rates globally and the promise of international travel saw thetravel stocks rebound strongly during the quarter. After almost two years of what is arguably the worst conditions they will ever face, Australian travel stocks are now set to benefit from their prudence, with strong balance sheets and lower operational costs set to drive earnings growth as the pent up demand for international and domestic travel converts to sales and revenue. This wasparticularly evident in Webjet’s recent update that showed even with current levels of travel, prior to the lockdowns in Sydney and Melbourne Webjet was profitable. As a secondary, Humm Group, which has underperformed, has Flight Centre as one of their largest distribution partner and is also
expected to benefit from the end of COVID restrictions.

This material has been prepared for general information purposes only and not as specific advice toany particular person. Any advice contained in this material is General Advice and does not take into account any person’s individual investment objectives, financial situation or needs. Before making an investment decision based on this advice you should consider whether it is appropriate to your particular circumstances. Where the General Advice relates to the acquisition or possible acquisition of a financial product, you should obtain a disclosure document relating to the product and consider the content before making any decision about whether to acquire the product.

Thesan Asset Management Pty Ltd ACN 634 179 945 is a provider of financial services to wholesale clients only. To be considered as a wholesale client you must meet specific criteria and be able to understand the investment, its risk and benefits and be able to make your own informed investment decisions. This information/service is not suitable for retail clients.