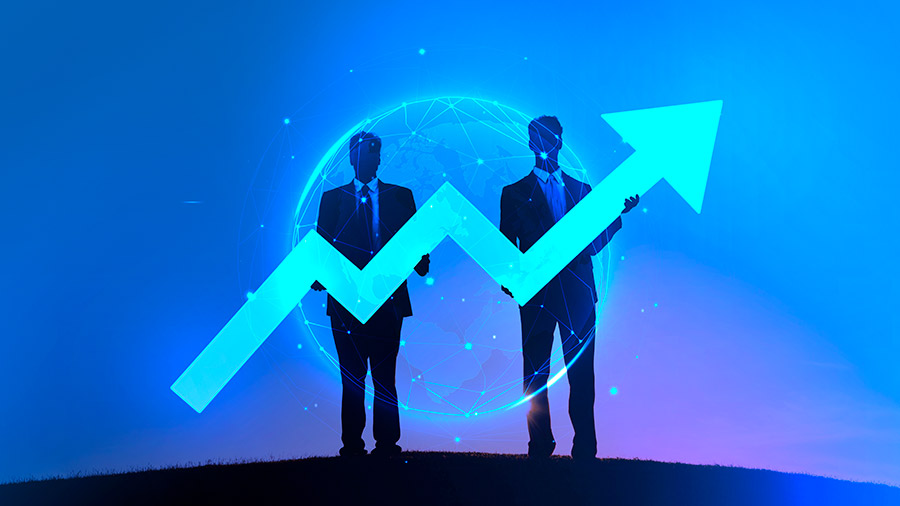 Soaring commodity and energy prices coupled with wages pressure and supply chain bottlenecks forced the inflation story to the top of everyone’s mind in the past few weeks.  In the US, surveyed fund managers reported a fairly consistent view, sell bonds and be cautious on stocks.

That sentiment caused a pull back on the S&P of just over 5% and on the Aussie market, circa 6%.  The decline having been from all time highs, a reasonable proportion of the market participants were expecting/hoping for such a move and from a psychological standpoint, it is difficult to buy when prices are at record highs so that sentiment made sense.  Notwithstanding, as the data started to roll through it was indicative that inflationary pressure was not as large a detractor from corporate earnings as all had expected, and the 10% correction many were hoping for quickly became an unlikely outcome. Money flowed quickly back into the markets to capture what was left of the buying opportunity and we are at least in the US, back around all-time highs once again.

Historically, unexpected busts of inflation raise prices, but not immediately wages.  At the expense of workers, this place employers in better positions as their employment contracts are normally for a fixed period so wages growth only impacts their cost base once those contracts are renewed, or staff turnover occurs.  In the current environment, this delay may not be as long given that many workers were laid off in the depths of the pandemic and are now being re-hired, at market rates.  Add to this some areas of labour shortage due to a reduction in immigration and we may see wage increases occur faster than what has historically occurred, however partially offset by vaccination restrictions leaving participants out of the labour market for the near term.

What this may ultimately translate into is an orderly application of wage inflation over the next 12-18 months which is consistent with the RBA’s and the FED’s plan to restore economies back to a normalised inflation/growth/interest rate environment.  The medium-term strategies communicated by the FED and the RBA are relatively consistent, although both their plans are to begin (or in the case of the RBA already underway) tapering their asset purchases but with a view of keeping rates low out to late 22, early 23 to facilitate the orderly transition back to a more normalised post pandemic economic environment.

The downside to inflationary environments is the volatility and the focus of the markets on that volatility.  When demand and supply shocks cause spikes in prices, the markets spending their time trying to react/profit from those spikes rather than considering the long run expected price levels.  We saw this play out with iron ore– and now with coal, oil, and gas.  Interestingly in both scenarios China as the biggest consumer globally were most effected by the price increases and took measures to try and stabilise prices.  Although this influenced the short-term valuations of companies producing those commodities, taking a long term view the stabilised price levels were generally still a net benefit.

The following are some insights that may help navigate the ‘inflation trade’.

Year to date, coal prices are up 180%.  This is attributable to an increase in demand but more broadly, a lack of investment in future supply as coal has been particularly out of favour due to ESG pressures.

Indicative that the market was not assuming that the current coal price was sustainable, the same period saw coal producer equity prices move up around half that amount in terms of the best performer in the basket.

The futures market is already pricing in a return to the long run, inflation adjusted price for the commodity.

Notwithstanding, the long-run average price is still much higher than the spot price between 2016 and the start of the recent run up and will ultimately translate into much higher free cash flow yields for Australian coal producers.  As an example, Macquarie’s most recent forecast for WHC sees FY23 and FY24 earnings increased by 900% assuming US$150/t thermal coal prices are sustained.

In addition to the growing reliance on technology in our daily lives, in an inflationary environment, technology companies also benefit from their innate ability to easily pass on price increases to their customers.  I’m not sure if you have ever tried to move cloud services providers before, but let’s just say that I doubt anyone would be tempted to suffer the rigmarole for a marginal increase on their subscription prices.  The same could be said for an Apple music or Netflix subscription, which in terms of an adjustment in price by the company, could be increased by a simple email, and effective within one month of notice.  I personally doubt that I would cancel any of my subscriptions because of an increase of what is effectively a couple of dollars per month.

To give some scope of the shear power of revenue generation harnessed by these companies, here is a quick table showing the revenue growth rates that have been retained during the pandemic, when employment rates were skyrocketing, and uncertainty was probably the highest of my lifetime (save for some sort of military conflict).  Some have argued that this was primarily driven by stimulus however, current analyst expectations suggest that while they may have been a beneficiary, it was not the primary driver but rather the quality of the businesses, sticky consumer demand, and their mobility.

The Return to Office Trade

Rising vaccination rates point to a return to normal working hours and the return to the office.  While the productivity commission reported that evidence was mixed regarding the affects of working from home on productivity, having personally worked from home and spoken to business owners managing a hybrid home/office workforce, it is my assertion that office environments harness better productivity, are more collaborative and therefore produce better industry outcomes.  Interestingly, JP Morgan’s CEO is quoted in the productive report as saying:

I tend to echo his sentiment and if we are to avoid stagflation, productivity needs to grow across our economy.

In addition to the expected return to normal demand, many large office real estate landlords have taken the opportunity, while vacancies were elevated, to refurbish, revamp and re-contract leaving them in the ideal situation to capitalise on their assets when workers and firms transition back into their office spaces.  What does this have to do with an inflation trade? Broadly, two reasons.

Notwithstanding, rising interest rates do put pressure on capitalisation rates and subsequently the values of the assets short-term, but referring to my previous comments regarding the fate of the long-term investor, over a 5–10-year time horizon getting circa 6% yield along the way if commercial office REITS don’t account for at least 7% of your overall domestic allocation, you will put immense pressure on yourself to keep pace with a market return.